Inside the Longling Tomb, around the Anxi Desert and beneath the Duo Fjord, what kind of secret is hiding? Come on adventurers, be prepared to join Gunfire Reborn Mobile, and embark on a co-op FPS adventure together!

Gunfire Reborn Mobile is an adventure level-based game featured with FPS, Roguelite and RPG elements, and the game adopts Low-poly as the basic art style. The game supports a solo mode and a multiplayer mode with up to four players to experience the exciting adventure jointly. Players can control heroes with various abilities to experience diverse Builds gameplay, use randomly dropped weapons and items to explore random levels. There are more than 40 weapons with powerful inscriptions and hundreds of Occult Scrolls to choose from. Devastating gunners or lightning bolt masters, more builds and secrets await you to explore!

Gunfire Reborn Mobile is a premium game and is priced at $6.99. The base game contains all four Acts, weapons, Occult Scrolls, items and three starter characters. All these content will be updated with version changes for free. Some other characters could be unlocked through in-game purchases.

Log into the game and grab all the already-unlocked pre-registration/pre-order rewards! Let’s embark on the exciting FPS and roguelite adventure together on May 18th! 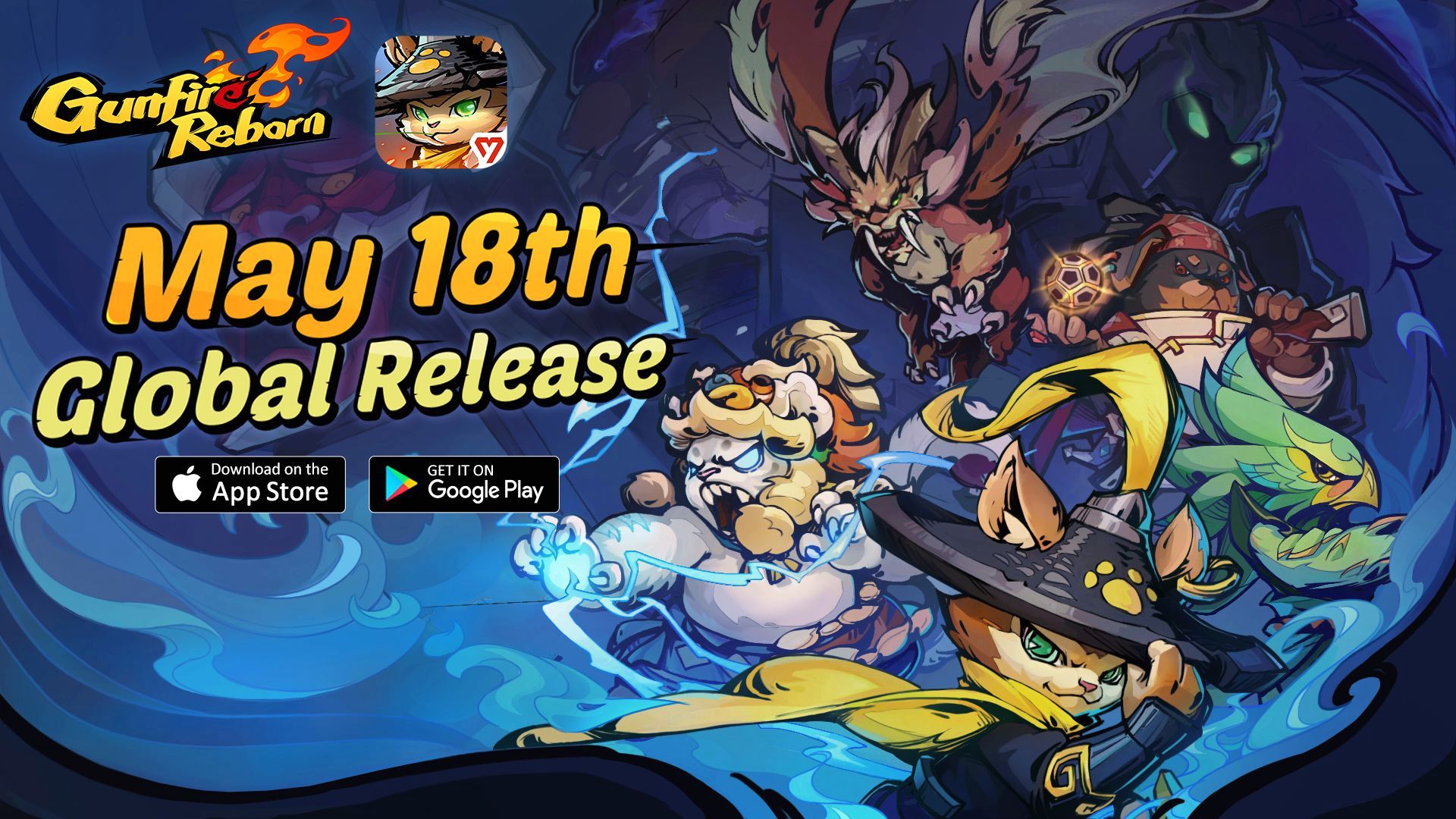 [Gunfire Reborn Mobile Is Released Globally On May 18th]

In order to celebrate Gunfire Reborn Mobile’s global launch and thank Gunfire players for their never-ceasing support, we will start a series of community events on Gunfire Reborn official Twitter, Discord server and so on. Great rewards await you! 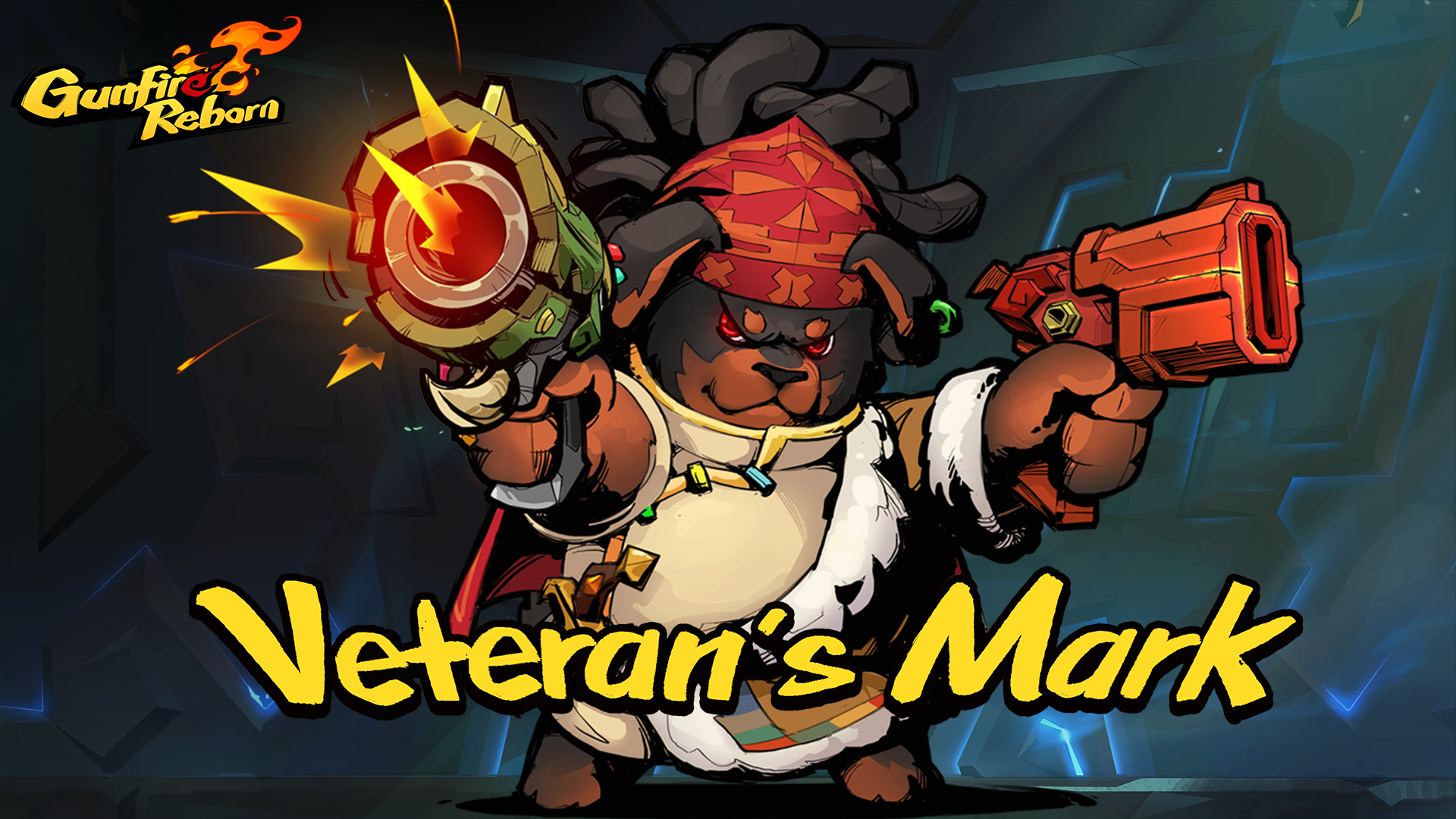 An Authentic and Refreshing Experience, Start Your Co-op Journey on Mobile Anytime

Gunfire Reborn Mobile has reset & upgraded its touch screen controls, combat flows and weapon shooting performance, as well as enabled a auto-fire function in order to achieve an authentic and refreshing experience on mobile

Gunfire Reborn Mobile adopts a first-person shooting perspective that allows players to experience the mysterious Gunfire World “in flesh”, and roguelite elements could ensure a “always random” level experience. Every time you start a run in Gunfire Reborn, you could get a new and refreshing adventure!

In Gunfire Reborn Mobile, a tactical match of weapons and scrolls can provide a powerful boost in your way to victory! As the challenge goes on, there are many unique heroes, dozens of weapons and hundreds of scrolls available. Through matching different heroes’ talents, Occult Scrolls and weapons, players can achieve dissimilar Builds, enjoy unique shooting experience in a never-ending reincarnation loop, and create your own combat flows! 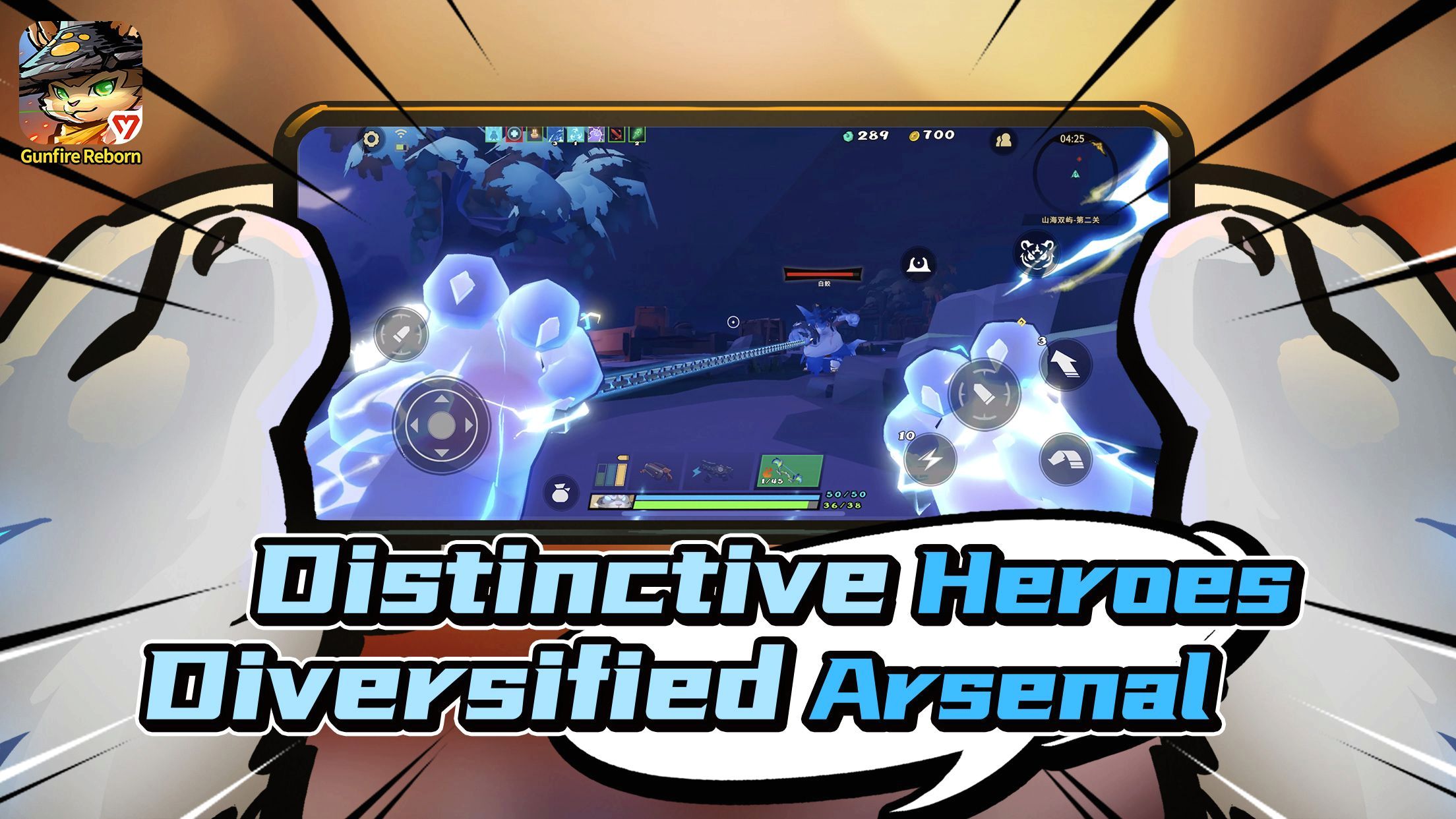